He is also the Writer, Director, Cinematographer, VFX Artist and Editor on various non-commerical / award winning short films, including  "Adima" and "Sawa".

He is best known for his work as an animator on films such as  Finch, Venom 2 : Let there be carnage, Ready Player One, Kungfu Panda 3, Avengers Infinity war, Trolls,  along with many others. 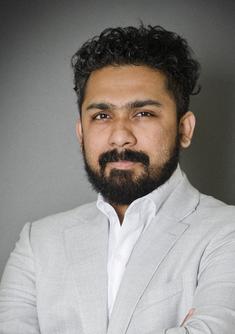 ​          Harinarayan Rajeev is a VES award-winning Senior animation professional and a multi-Award-winning Filmmaker.

He has worked as an Animation Supervisor, Lead and Senior Animator in some of the major Hollywood movies in recent times. He has a wide range of experience working in both Live action and animated movies and played a major role in helping bring to life some of the iconic CG characters in movie history.

He was born in Trivandrum, Kerala, India.  Hari is currently working as an Animation Supervisor in the Moving-Picture Company,Canada .